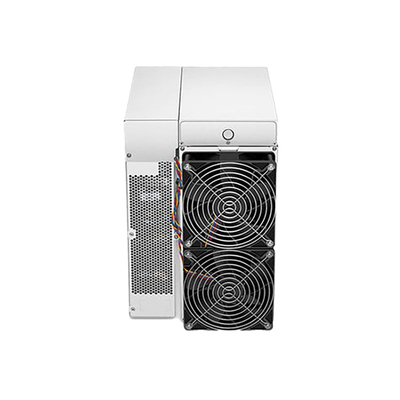 Bitmain Antminer D7 (1286Gh) is another brilliant miner from the trusted manufacturer Bitmain. Also known as the Antminer D7 1.286Th, the miner is set to be released in October 2021. The model Antminer D7 (1286Gh) uses the X11 algorithm and has a maximum hashrate of 1.286Th/s. When it comes to power, the platform packs a punch, and the maxim power consumption is 3148W. Here’s the full BITMAIN ANTMINER D7 (1286GH) REVIEW.

Bitmain has set the standards again by producing another X11 Miner this year. The expected release of the miner is set for October 2021. Unfortunately, there have been few upcoming miners in the industry due to the global pandemic.

X11 is the algorithm uses in mining Dash coins. It’s one of the most secure algorithms, which Evan Duffield developed. The main goal of the X11 algorithm is to provide users with easy access to the benefits of Dash.

With the X11 algorithm, you cut costs by 30 to 38 percent. One of the main disadvantages of the algorithm is that it’s no longer ASIC resistant. But, on the other hand, you have an algorithm that now works with ASIC miners.

Efficiency of the Antminer D7 1.286Th

It comes with one of the highest efficiency levels we’ve seen so far. The miner comes with an efficiency of 2.448j/Gh. With high efficiency comes the power to mine more coins and at a faster rate.

For the miner to work effectively, it has to be set under certain environmental conditions. These include humidity and temperature. With the right framework, the miner will work longer, and it helps reduce overheating.

You can use the miner at home as the maximum noise level is seen at 75 decibels. It also makes it a perfect miner in an office environment. The miner is also favorable for large-scale mining with no noise complaints from neighbors.

Miners are likely to get a daily profit of $32 based on current market conditions. Monthly profit margins are expected at $1,200, and yearly profit is around $15,200. Electricity costs will depend on the rates in your area.